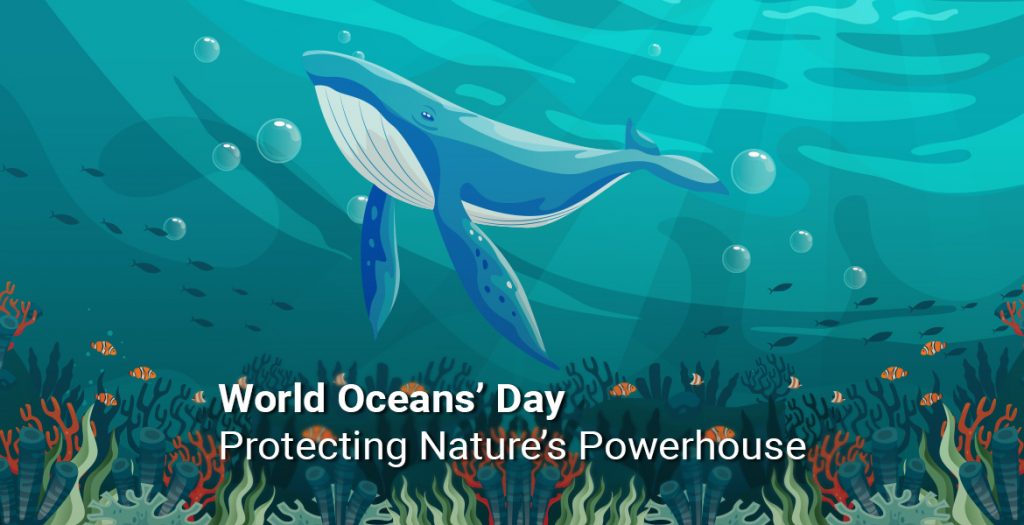 Oceans are scientifically magnetic and philosophically mysterious. World Oceans Day (WOD), celebrated annually on June 8, helps us reflect on the abundance of Poseidon’s realm. United Nations (UN) has exclusively set aside the Sustainable Development Goal (SDG) number 14 as the ‘Convention on the Law of the Sea’, spotlighting ocean-oriented necessities.

According to an estimate, trade in ocean-based goods and services is around $2.5 trillion per year. Yet, the share of the poorest nations, the small island developing states (SIDS) is the least. Support by WTO, UNCTAD, FAO and UNEP will be key in the implementation of regulatory mechanisms to help them.

Oceans are home to some of the most amazing geological structures and the most beautiful, exotic, and delicate species of flora and fauna. The Mariana Trench, which celebrity film-maker James Cameron explored, is the deepest part of the Earth. More than one million submerged volcanoes in the oceans and a staggering 70% of them erupting, is surreal! No wonder tsunamis generate because of them.

The Great Barrier Reef of Australia harbors the Manta Ray with the largest brain-body ratio, the Whale Shark, ‘potato cod’, Nemo or clown fish, dory, the blue-fish, etc. Seaweed, a staple in Japan, is a super-food waiting to be tapped by the protein-hungry world! The Galapagos archipelago, the ‘living museum of evolution,’ gave us the eternal ‘Theory of Natural Selection’ and ‘Survival of the Fittest’. The legends of the ocean are never-ending.

Oceans are immense sources of unpredictable raw power. Scientists have been figuring out how they can provide constant, stable energy that can be harnessed via grids. Buoys in water, turbines on shores and Wave Energy Converter (WEC) are awesome prototypes!

Dumped plastic threatens oceans. Nearly 14 million tons of plastic waste ‘land’ in oceans annually. Few know that the Great Pacific Garbage Patch a.k.a. Pacific Trash Vortex spans North America’s West Coast to Japan, and its smaller replica, the Eastern Garbage Patch, floats between Hawaii and California. Oil slicks, such as the infamous Deepwater Horizon spill have led to the layering of oceans with petroleum crude, choking life on and in them. Sadly, world ocean levels are rising alarmingly. We won’t have sufficient land to survive on, if glacial melts due to global warming, is not curbed.

Some of the leading ocean big-earners are Off-shore oil and gas, Marine equipment and construction, Container shipping, Cruise tourism and Port activities. However, the real stuff is buried under the ocean floor and is sheathed in metal armors. Under ocean internet cables channel internet traffic throughout the globe. The world’s highest-capacity undersea internet cable named “FASTER”, owned by Google and others, connects Oregon in the USA with Japan and Taiwan. The International Cable Protection Committee has been working for years to prevent interruptions in relay in such systems, quite successfully. So, we are everything IT, AI, DT, UPI, thanks to oceans.

Map showing the cables in one glance. So, what do we do? Simple. We protect oceans from where we are, by reducing the use of plastic items, buying food and cleaning products in bulk, and participating in local clean-ups. The theme for this year’s World Oceans Day aptly, is, ‘Revitalization: Collective Action for the Ocean. On this WOD, we must realize the impact oceans have on our everyday life and must act in accordance with their rhythm. After all, our existence is dependent on theirs!

Yoga for a Holistic Life

Yoga is a way of life. It is a medium of self-transformation. The eventual goal is spiritual liberation and possible attainment of enlightenment. Yoga is

A famous Anton Chekhov story has a young, boisterous lawyer self-imprisoned to win a bet of two million rubles and spends fifteen years in solitary 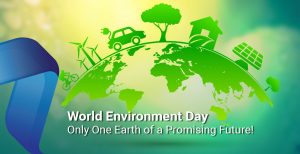 World Environment Day – Only One Earth of a Promising Future!

The Daunting Growth Curve Since the Industrial Revolution, the earth has gained material wealth but diminished in pristine glory. Agencies of the United Nations (UN)

Read More »
We use cookies on our website to give you the most relevant experience by remembering your preferences and repeat visits. By clicking “Accept All”, you consent to the use of ALL the cookies. However, you may visit "Cookie Settings" to provide a controlled consent.
Cookie SettingsAccept All
Manage consent